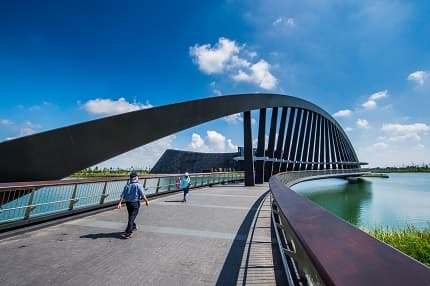 Taibao City, originally named “Gouwei Village,” was the birthplace of Wang Delu, a distinguished general of the Qing Dynasty noted for recruiting forces to assist the Qing government in quelling the Lin Shuang-wen rebellion in Taiwan. He was given the title of “Tai Tze Tai Bao” (prince of Taibao) after his passing. To honor his legacy, the people of Gouwei renamed the town “Taibao.” A number of historic buildings are preserved in the area, including Wang Delu’s official residence, and the Wang f 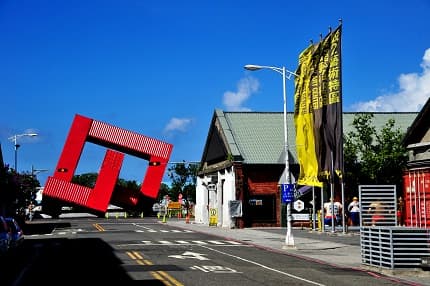 Situated in basin No. 3 of Kaohsiung Port, Pier 2 has been made into a unique open art space, providing artists and students with an environment in which to express themselves and has already become Kaohsiung's most popular cultural spot. All kinds of art activities are held irregularly in the District, bringing a rich artistic air to the port metropolis of Kaohsiung and also ushering a new tide of southern art into Kaohsiung. The western railway line, which previously brought goods to the docks 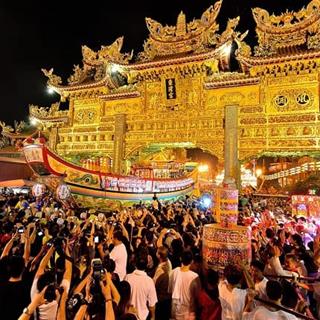 "Donggang" is a typical fishing village. Go south from Kaohsiung and Pingtung City along Taiwan Line 17 or Taiwan Line 27. After passing the Donggang Bridge, turn right and you will see a series of sightseeing spots. It includes the scenery of the fishing villages such as the Donggang Creek embankment, the dragon boat competition field, the Dongliu Wharf, the fish market for domestic and foreign sales, the Guanhailou, the ice factory, and the ship repairing factory. At Fengyu Bridge, you can enj