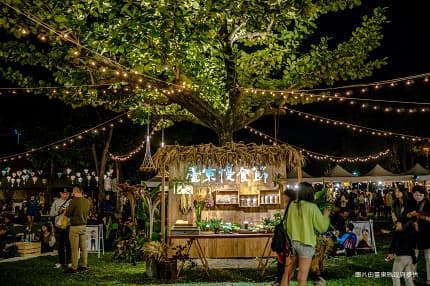 Tiehua Music Village, remodeled from an old warehouse and dorm of Taiwan Railway, is now the bastion of exchange activities for musicians, artists and craftsmen devoted to promoting the creative industries. “Tiehua is where Music Happens!” This powerful declaration is what the artisans in Tiehua aspire after. Mr. Cheng Jieren, serving as the director of the project, is a committed advocate who wants to see the seed of music being planted in the Village, that music becomes the air the locals brea

Chenggong Town was formerly known as "Ma Lao Lou She". In 1921, the Japanese changed to "Xingang" and after the war it was changed to " Chenggong ". There are different opinions about the origin of the name Ma Lao Lou, but until the end of the Qing Dynasty, this place was still where the Ami people settled and cultivated. The Kylin culture of 3,500 years ago is the most unearthed cultural relics in Chenggong Town, such as stone walls, rock coffins, stone axes, and mao. It can be known that the o